Gray Warehouse will be closed on Thursday, November 22 in observance of
Thanksgiving, and will reopen Friday, November 23 and resume regular hours.

Time and More, Space and More… presents Hockney’s recent video and photographic works in tandem. Making its gallery debut at the center of the exhibition is Hockney’s multi-part video installation The Four Seasons, Woldgate Woods, 2010-2011, which was exhibited in 2017 at Centre Georges Pompidou and Tate Britain. The work is composed of four 9-channel video walls and arranged within the space like the cardinal directions of a compass rose. Depicting the same view down a tree-lined country road in Yorkshire, each wall distinctively captures one of the four seasons. The video installation conveys Hockney’s agility in multiplying time and perspectives - a skill he honed in the 1980s using polaroid photography.  As Arthur Kolat notes in his catalogue essay, “…Unlike the earlier photo collages which included a multitude of consecutive moments, The Four Seasons includes both consecutive time and simultaneous time.”

Hockney uses the camera to produce impossible visual spaces - a theme which he has carried throughout his practice across a variety of media. Striving to replicate the kaleidoscopic experience of seeing through a composite of vantage points, the photographic drawings on view in the exhibition offer a panoramic sense of time and space in their portrayal of the artist’s Los Angeles studio. As is the case with Hockney’s video works, these large-scale photo drawings came about through Hockney’s own innovations to photographic and technological processes.

Alongside the exhibition, Richard Gray Gallery will release a catalogue that chronicles Hockney’s interest in lens-based media, surveying works from the early 1980s to present day. The illustrated publication also includes a foreword by celebrated English video artist Tacita Dean and an essay by the Chicago-based writer and art historian Arthur Kolat.

David Hockney (b. 1937, Bradford, United Kingdom) is widely celebrated as one of the most influential artists of the 20th century. An important contributor to the pop art movement of the 1960s, Hockney’s career first gained momentum in his mid-twenties after receiving the Gold Medal from London’s Royal College of Art. In the late 1960s, Hockney spent an extended period of time in Los Angeles, further establishing himself as a master painter and draftsman, and prolific interdisciplinary artist. His aesthetic pursuits span a range of disciplines including painting, drawing, printmaking, photography, collage, stage design, and video, often incorporating digital technologies like fax machines, laser copiers, iPads and 3D modeling software into his process.

Since the start of his career, Hockney’s work has been the subject of over 400 solo exhibitions at institutions around the world, including numerous major retrospectives. Most recently, Hockney was focus of a traveling solo exhibition that was first hosted in 2017 by Tate Britain, London; it then traveled to Centre Georges Pompidou, Paris, and the Metropolitan Museum of Art, New York in 2018. 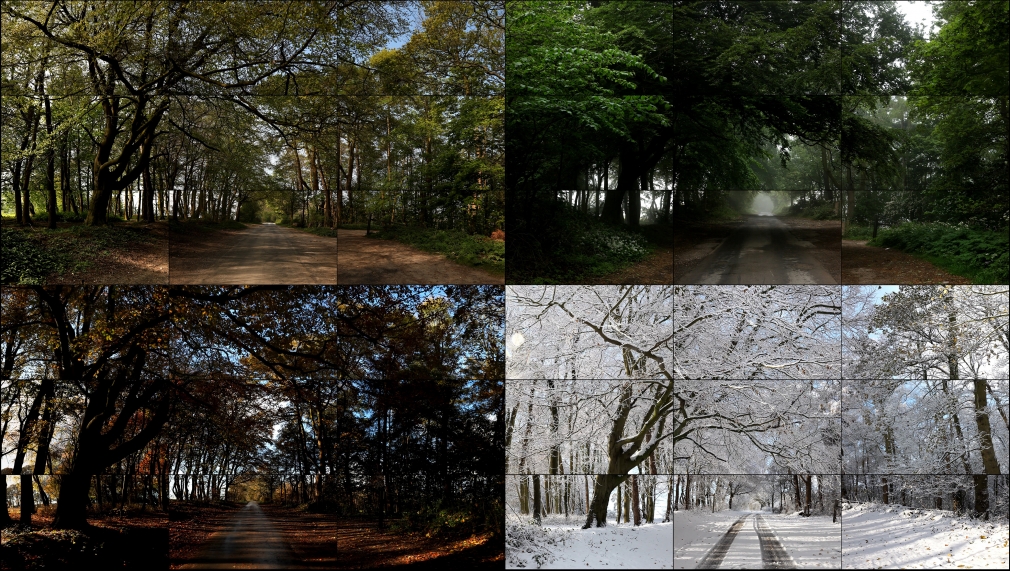 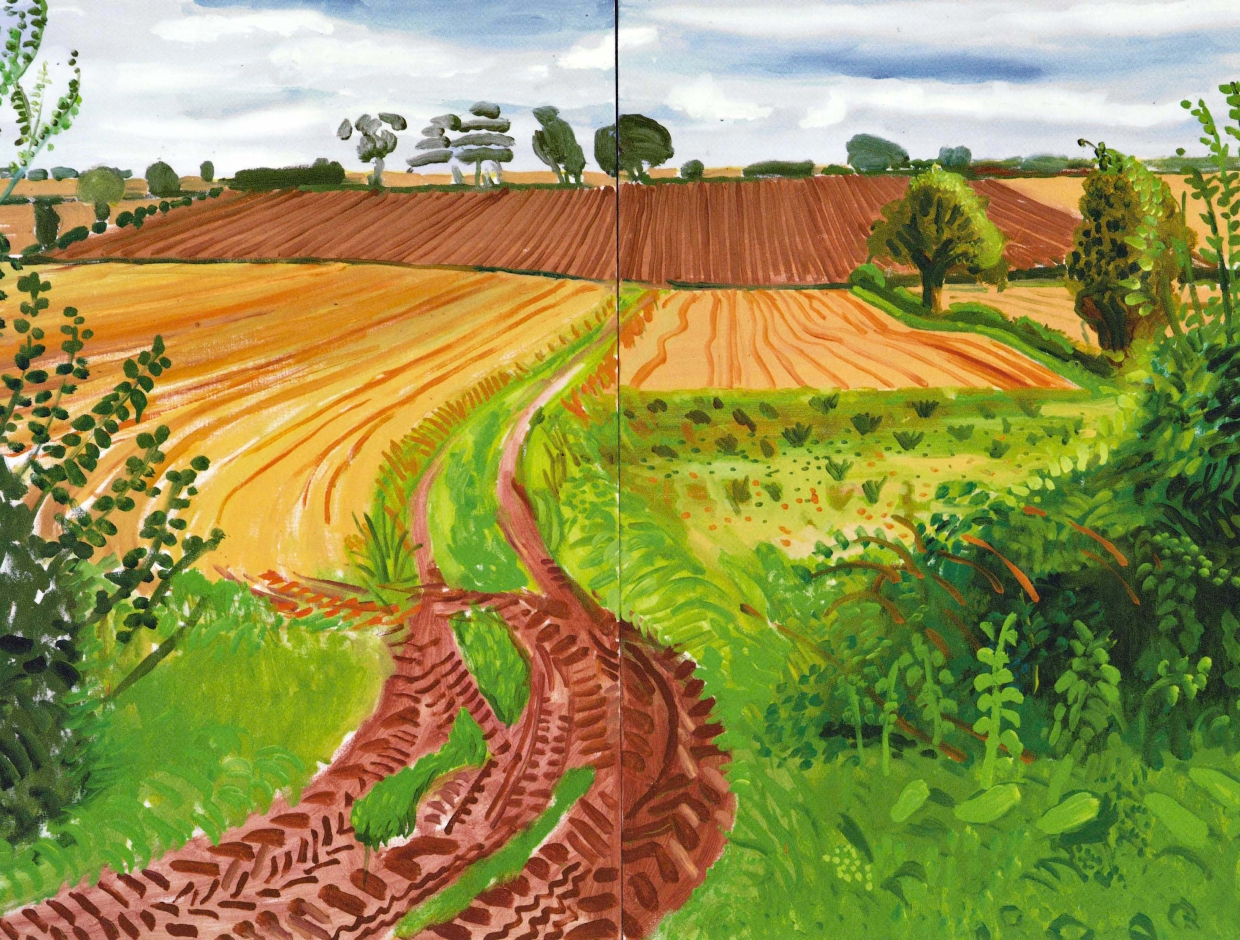 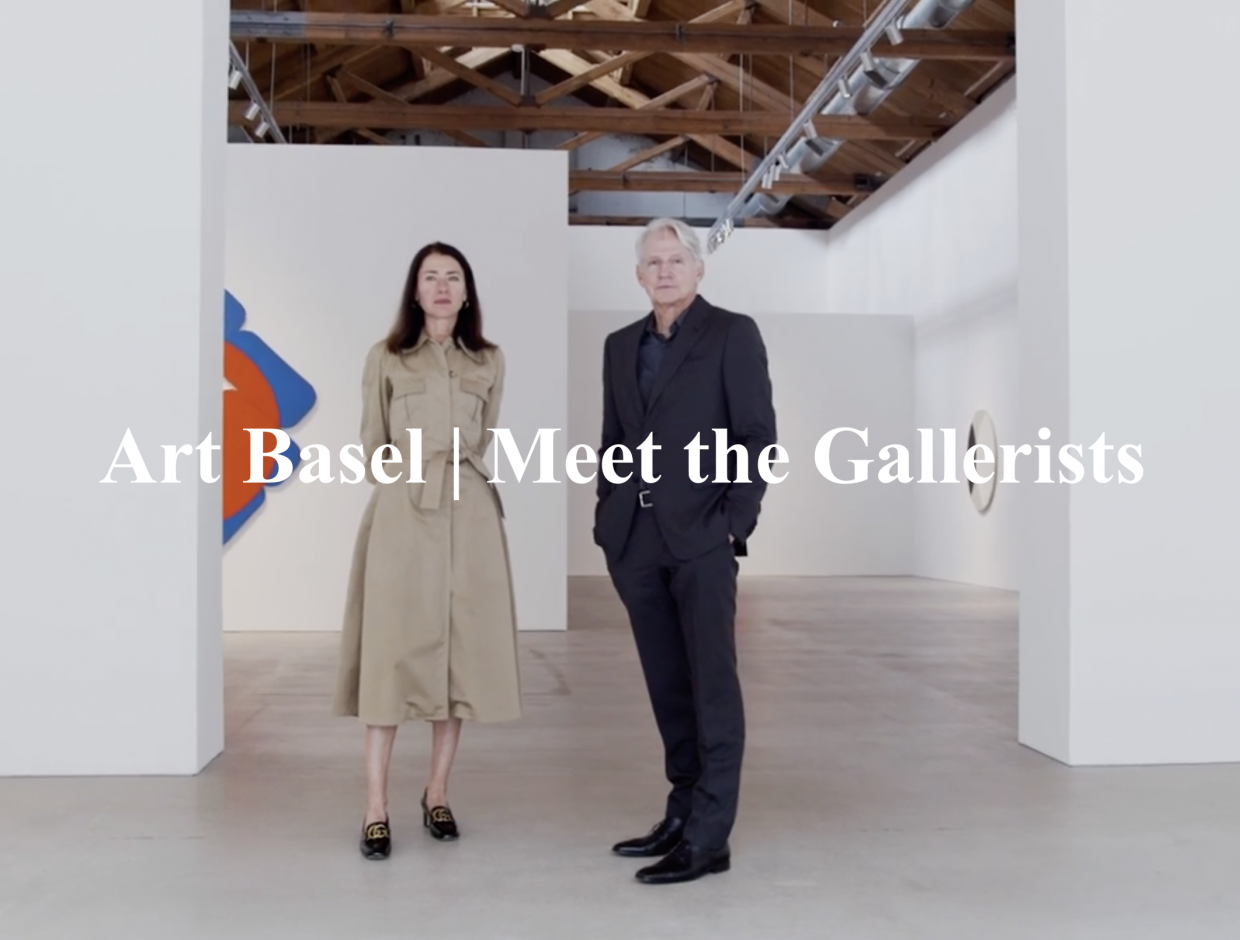 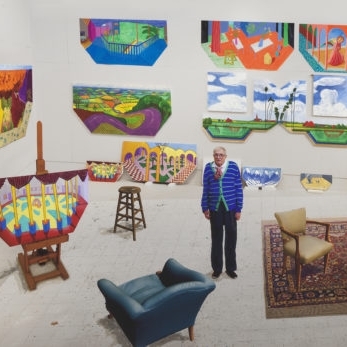 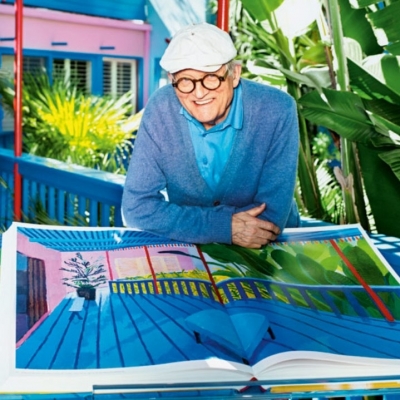 Architectural Digest
Inside the Private World of David Hockney September 12, 2018 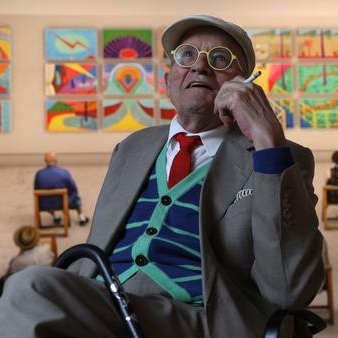