“The most important things are invisible, like love, pain, and hate. I am working with visible elements, trying to make something invisible."[i] 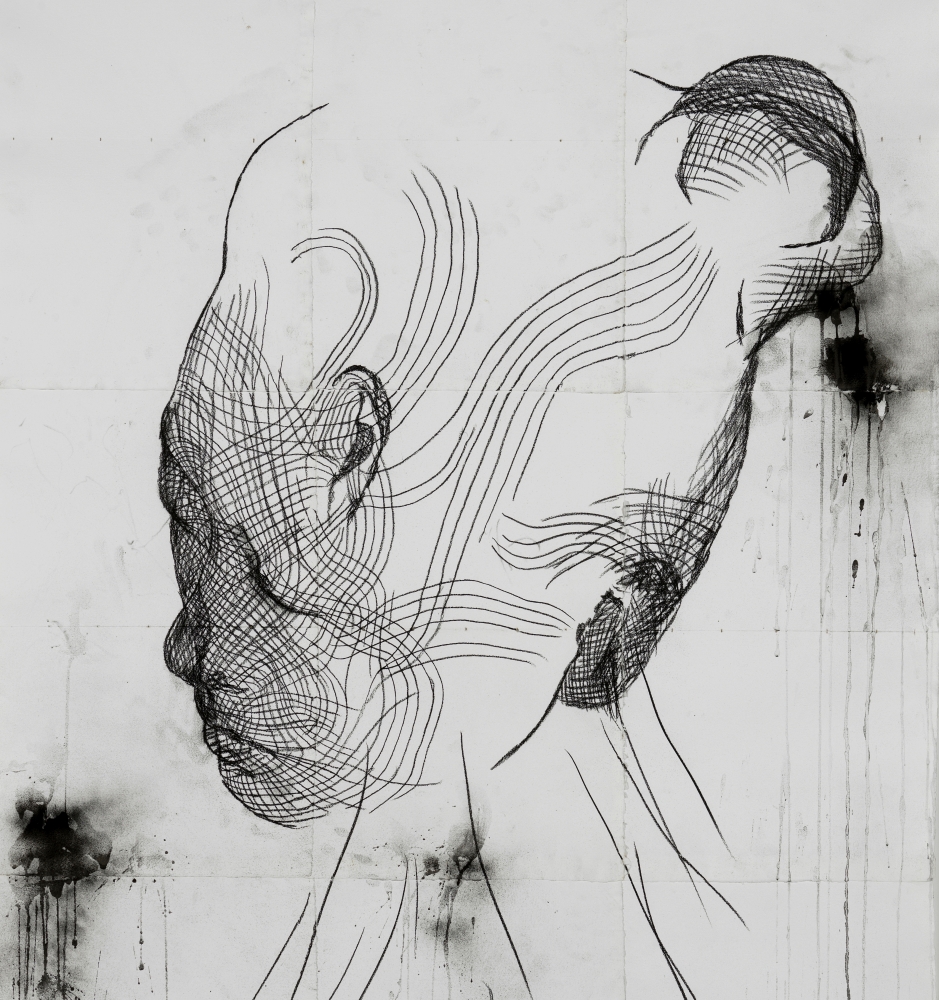 Invisibles brings into focus a new series of drawings that exemplifies the artist’s desire to elevate the physical material of his practice to the unseeable. Using his recent steel mesh sculptures as a point of initial departure, the artist created the Invisibles suite this spring by drawing his subjects’ faces solely from memory. In working from these recollections, he distances himself from rendering specific individuals’ features and instead lingers upon a sense of nostalgia remaining amidst the fragments of the subject’s portrait. By leaving the gestural lines loose and unfastened, Plensa evades the need for completeness, for an endpoint, instead stirring viewers to weave together the faces from his evaporating memories.

"Every time I do a portrait, soon after, the model, in a way, no longer exists."[ii] 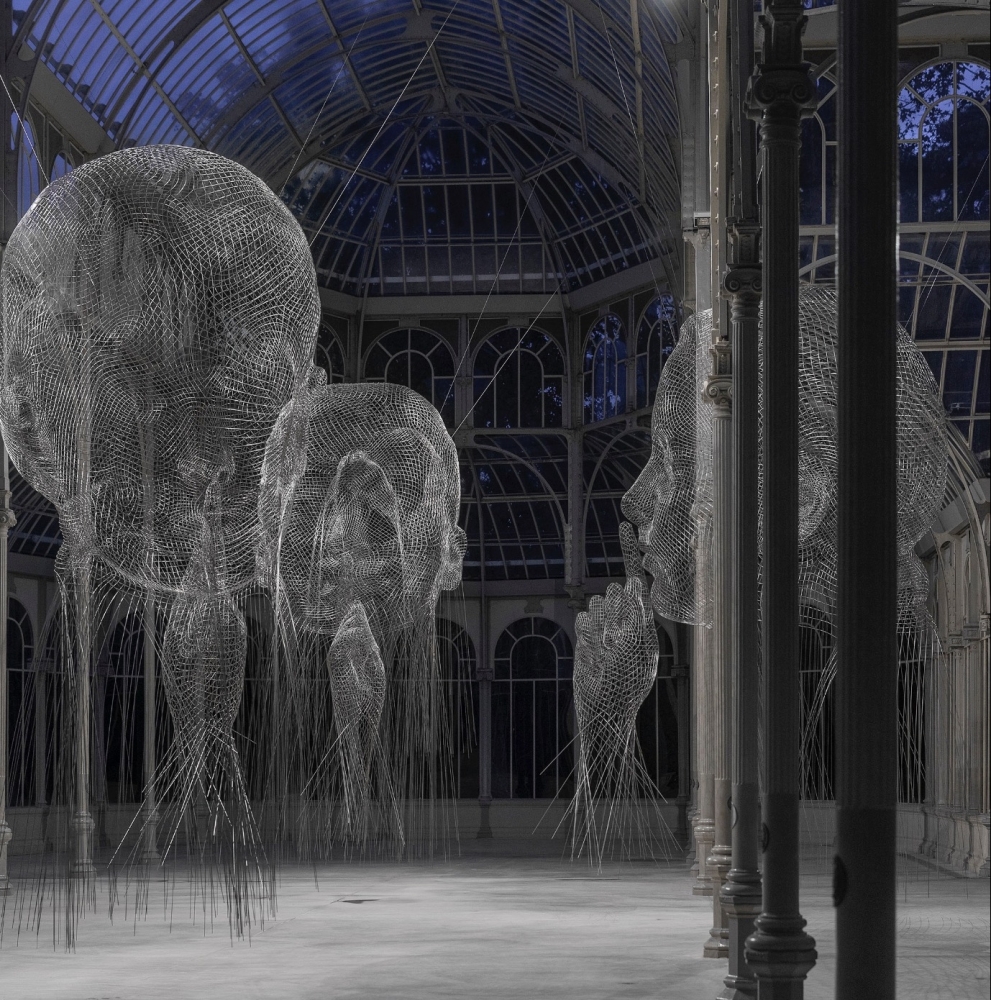 The present drawings form a response to the artist’s 2018 Invisibles installation organized by Museo Nacional Centro de Arte Reina Sofía. In the Madrid exhibition, three monumental portraits made in steel mesh were suspended from the ceiling of the museum’s Palacio de Cristal, a remarkable glass and steel conservatory built in the nineteenth century in the city’s Parque de El Retiro. Although immense by measure of volume, the portraits glimmered in and out of perceptibility, appearing and disappearing based on each viewer’s perspective and overall creating a sense of movement and environment that extended beyond the wire mesh. Indeed, the monumental portraits appeared in the Palacio de Cristal not just as faces, but almost as if entire bodies could arise from the steel skeleton of the structure. As Plensa tells it, “The things around us, the people, the objects, are sleeping like children who suddenly fall asleep in a car. Sculpture, creation, has this enormous capacity for waking us up again.”[iii]

“With drawings, the experience of time is completely different.”[iv] 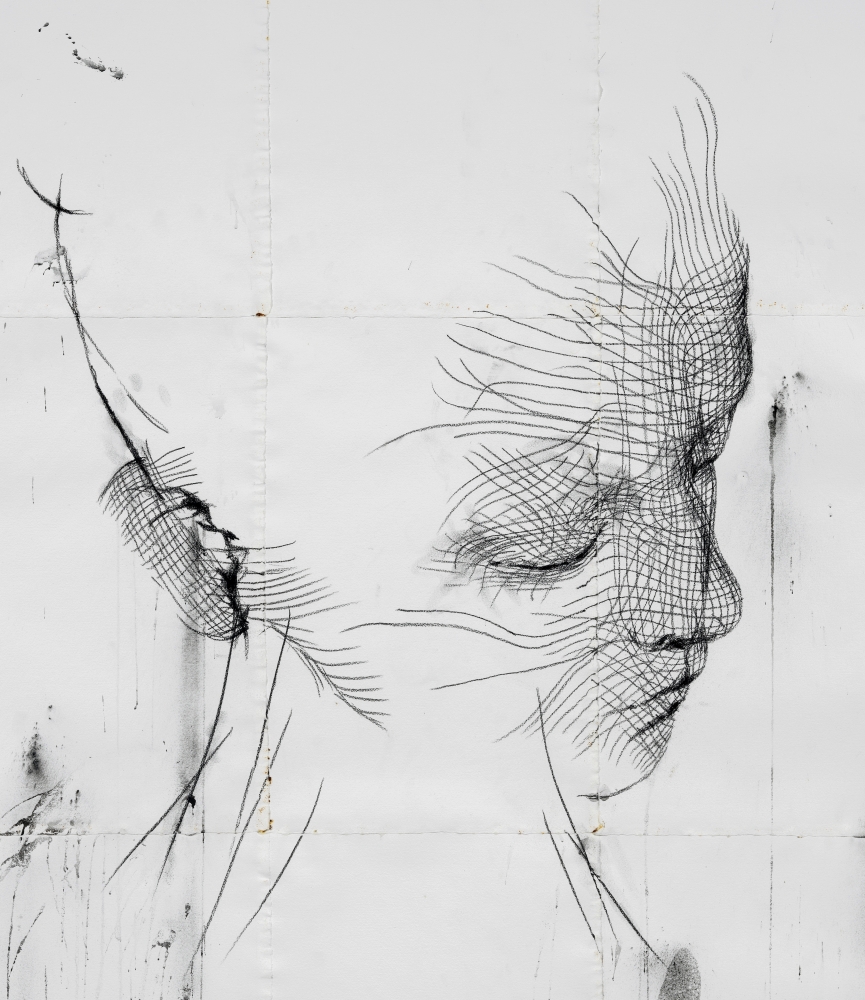 The artist’s Invisibles drawings beckon viewers to a related yet still distinct sense of awe. While the trio of monumental figures invoked wonder in throngs of visitors meandering through the Palacio de Cristal’s grand hall, these works on paper evoke a humanistic closeness, a hushed one-to-one interaction drawn from the hand of the artist to the eye of each observer. In describing Plensa’s sculptures, Paris-based art critic Catherine Millet writes, “the materials from which they are made tend to ‘dematerialize’ through different processes… Everything is done so that the mass… becomes an intangible weight."[v] Whereas the mesh sculptures achieved this sense of weightlessness by floating from the ceiling above their viewers, the Invisibles drawings reverse this dynamic: they are rendered from a view looking down on each figure and thereby transmit that same sense of buoyancy back onto the observer. The drawings position viewers as if they are hovering above, inviting them to witness the weaving together of features into faces that remain abstracted and unfinished. This vantage point floating above the figures provides a perspective that substitutes the creator with the observer, situating them to see the warps and wefts of these figures as they draw together, or perhaps, come apart.

“A good image of sculpture would be when you try to hold water in your hands and it runs away between your fingers."[vi] 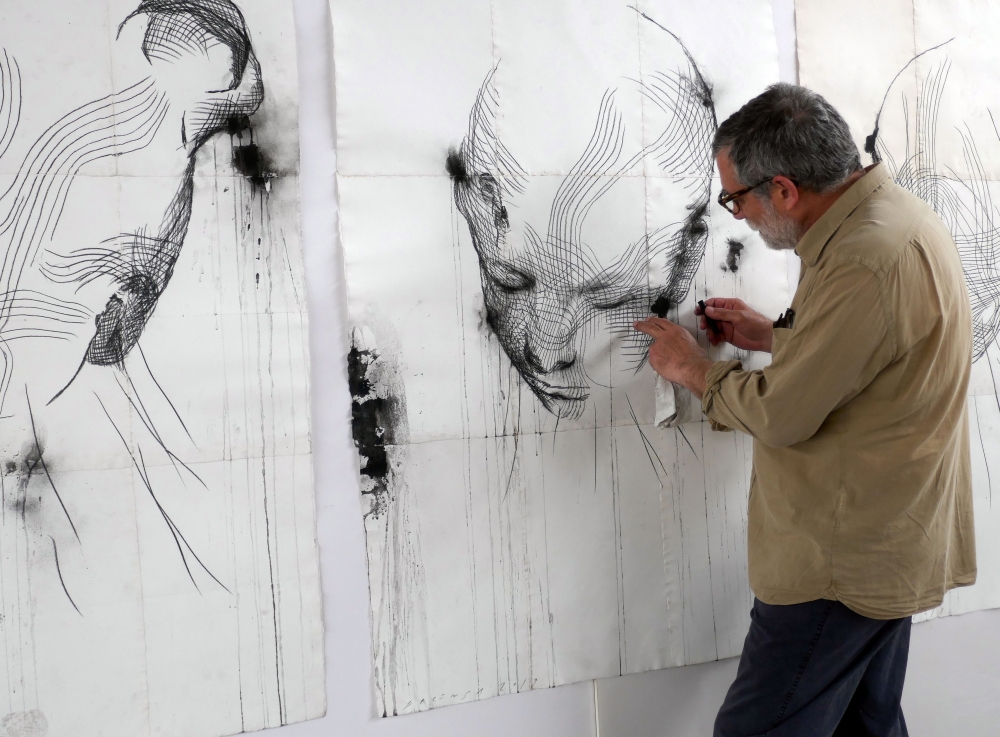 Pursuing that which is evaporating is perhaps the central aim of Plensa’s practice, and it is deeply tied to his method of making the Invisibles drawings. As the pastel dust falls from the sheet throughout the drawing process, Plensa gathers the pigment from the floor and reapplies it by blowing it back on to the paper and pressing into it with his finger tips, applying it to the paper which is made near Montserrat, close to the artist’s Barcelona studio. That sense of tactility affirms his adamant request that his sculptures be caressed, not simply touched. In blowing the pastel dust upon the drawings, his breath likewise gives a warmth to their faces, offering a vitality to what might otherwise appear as apparitions. Plensa aims to capture this liveliness, to preserve it, because he is aware of how fleeting the moment is: “I finish a portrait and that person doesn’t exist anymore.  And that fascinates me because despite all the works seeming static, they are carrying a message… a message of fluidity, of immediacy, of something ephemeral that runs through our fingers."[vii] 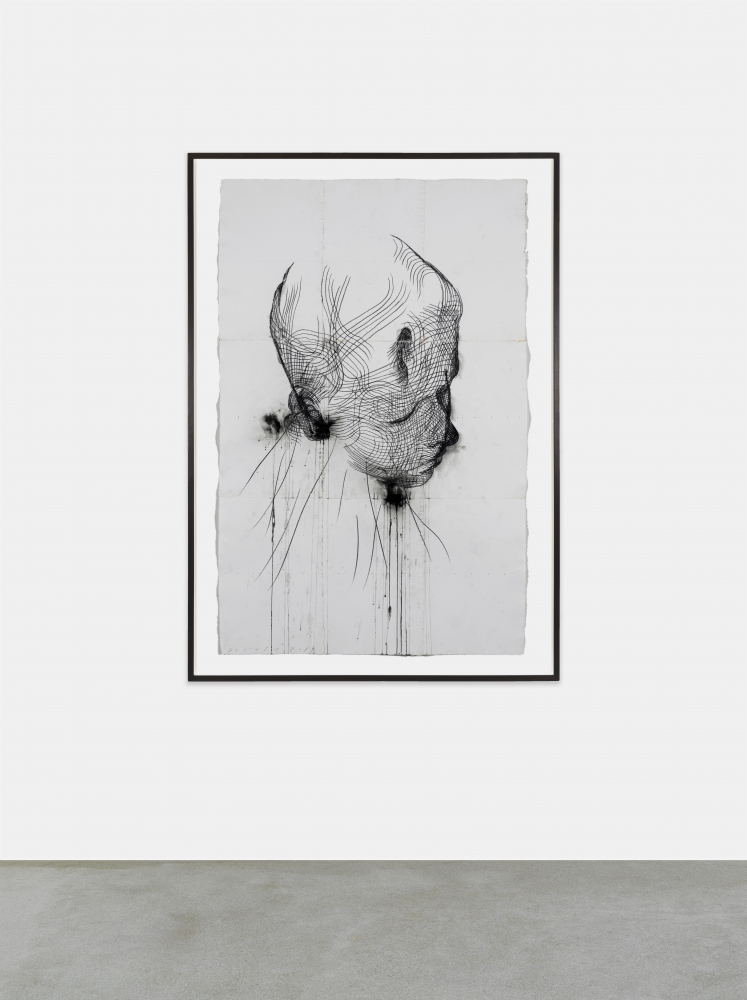 This awareness of transience continuously draws Plensa back to drawing from sculpture. In both mediums, he searches for the invisible, and working on paper allows him to deal with the evanescence of memory directly: “Sculpture is, I think, the relationship between the material and the immaterial. It is what creates a bridge between our tangible humanity and our intangible spirit.  A good image of sculpture would be when you try to hold water in your hands and it runs away between your fingers."[viii] Suspended between materializing and disintegrating, Plensa’s Invisibles distill a sense of soulful grace in faces that remain forever in formation. Elusive and unfinished, these faces serve as reminders that creation is never complete.

Over the past thirty-five years, Spanish artist Jaume Plensa (b. 1955 has produced a multifaceted body of work creating sculpture that speaks to the capacity and beauty of humanity, often bringing people together through the activation of public spaces. His celebrated public projects, such as the iconic Crown Fountain in Chicago and Echo in Seattle’s Olympic Sculpture Park, are landmarks in cities across the world, including in Calgary, Chicago, San Diego, Montréal, London, Paris, Dubai, Bangkok, Shanghai, and Tokyo. Most recently, installations of his monumental sculptures include Behind the Walls at historic Rockefeller Center in New York City and the Museo Nacional de Arte in Mexico City, Julia in Plaza de Colón in Madrid, and Voices permanently installed at 30 Hudson Yards in New York City.