This online exhibition has concluded. To inquire about the availability of these works, please contact us by clicking here.

American artist Evelyn Statsinger (1927-2016) worked across a variety of media creating complex psychological and colorful compositions that balance abstraction, representation, and surrealism. Born in Brooklyn in 1927, Statsinger moved to Chicago in the mid-1940s and received her degree from the School of the Art Institute in 1949. She was frequently included in discussions of the Monster Roster school of Chicago artists, as well as the later, broader conversation around Chicago Imagism. Throughout her life, however, Statsinger made work that was profoundly individual and fiercely independent.

Nature in some way has been a consistent influence. Being an artist is just a way of being alive to the world and a wonderful way of communicating that being. 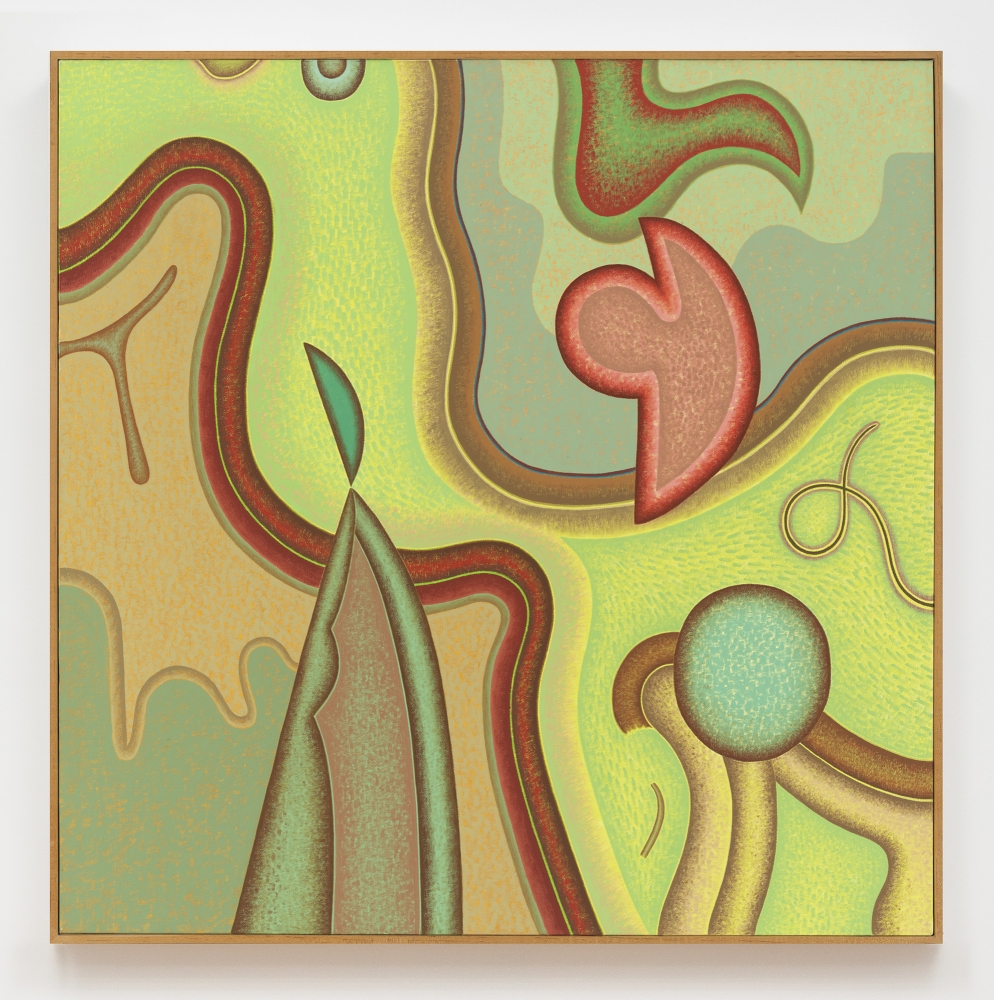 Statsinger depicted her experiences of the natural world through drawing, painting, printmaking, and sculpture. Her early drawings, characterized by clean lines, all-over patterns, and fantastical figures drew the interest of art world luminaries and museum curators including Mies Van Der Rohe, the then director of the Illinois Institute of Technology, and Katharine Kuh and Carl Schniewind, both curators from the Art Institute of Chicago. The early support of such influential figures led to solo exhibitions at the Art Institute of Chicago in 1952 and 1957 and her inclusion in a 1954 group exhibition at the Whitney Museum of American Art.

Statsinger and her practice remained inquisitively open to the cultural and natural influences in her surroundings. While studying with artist and historian Kathleen Blackshear at the Art Institute, she was exposed to makers from the non-western canon. Later, on several extended trips to Japan, Statsinger further developed her perspective on the world and the environment in ways that would ripple throughout the duration of her career. “It is extremely difficult to pinpoint influences," Statsinger explained in a letter to Smithsonian curator Harry Rand in 1980. "I’ve lived in many places including Mexico and Japan and camped all over the great western part of our country. Nature in some way has been a consistent influence. Being an artist is just a way of being alive to the world and a wonderful way of communicating that being.”[i] 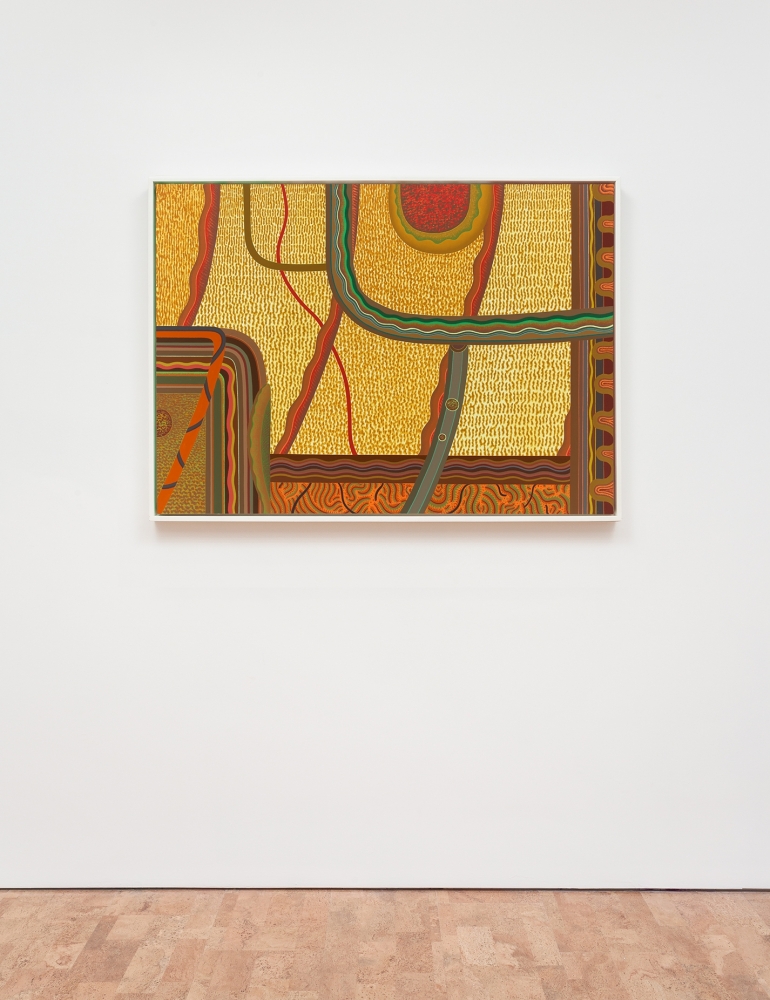 Curators and art historians have similarly had difficulty defining the essence of her multifaceted practice in historical terms or through nascent movements. As scholar Daniel Schulman notes, “Statsinger's early work fit well within the loosely defined boundaries of the Monster Roster-the term invented by Chicago critic Franz Schulze to describe the artists who produced the figurative, often expressionistic, and surrealist-influenced works which dominated Exhibition Momentum... However, Statsinger's signature emphasis on tight execution, her rigorous devotion to process, and the way her work is poised between representation and abstraction, places her somewhat apart from most on the ‘roster’.”[ii]

Statsinger has also been frequently included in the broader conversation around Chicago Imagism, though, as curator and critic Dan Nadel writes, “Both do a disservice to the sheer diversity and independence of her practice. There are links to Surrealism, of course, as well as her friend and fellow painter Miyoko Ito. But If I was to draw a constellation around her, I would link her variously to Ree Morton, Joseph Yoakum, Harry Smith, Pattern and Decoration, early psychedelia, Anne Ryan, and Terry Winters. Unique artists and movements focused on whole fields of experience in painting, regardless of geography and concerns of the high and the low. Statsinger, who wished to belong nowhere at all, might truly be at home amongst other unfettered seekers of new modes of seeing and making.”[iii] 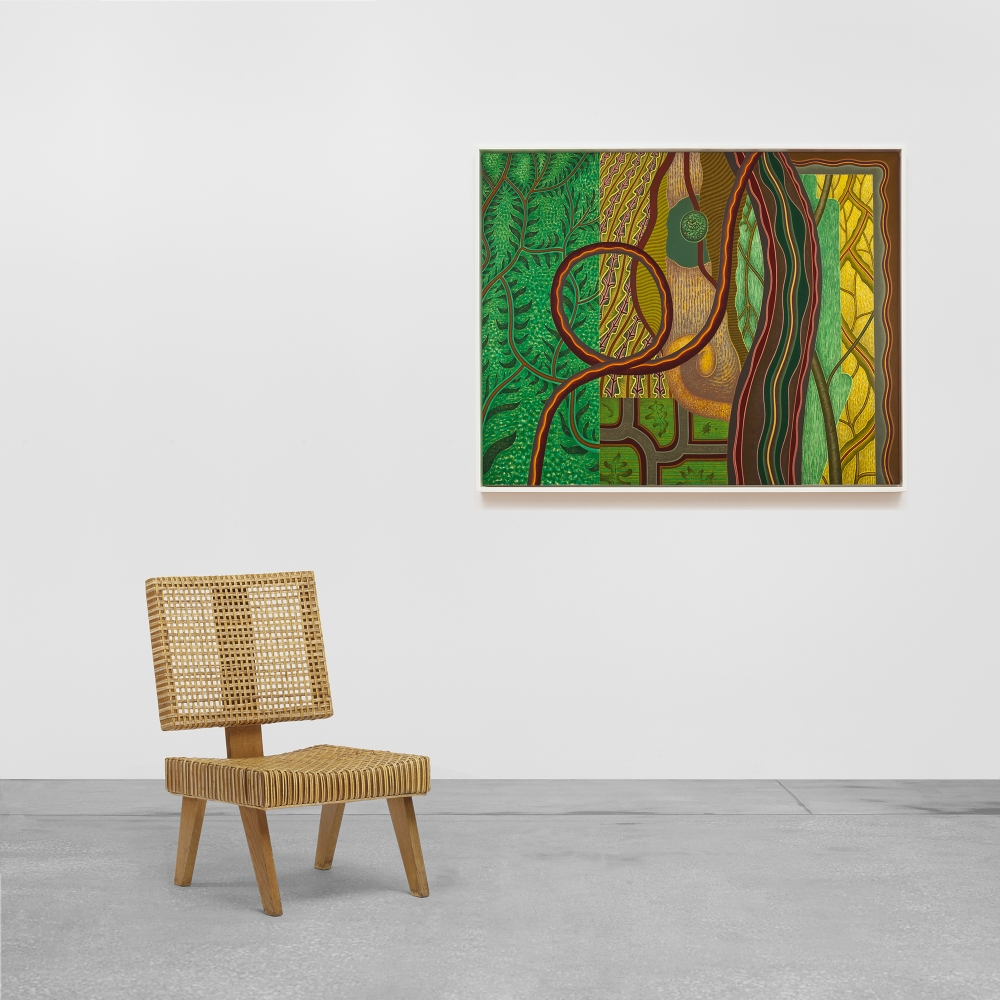 In her mature work, Statsinger relinquished readily identifiable forms in favor of immersive, otherworldly compositions and complex forms abstracted from what she saw in nature. As art historian Dennis Adrian noted: “The forms which the artist favors often seem drawn from microscopic plant life, the exotic fauna of the sea or from the layered and crystalline structures of the earth itself. Statsinger’s subtle and reverberating colors make ingenious use of unexpected complements and harmonic arrangements in a way that brings to mind the marvelous chromatics of odd biological specimens or rare minerals.”[iv] Statsinger’s work from the 1980s and 1990s is exemplary of Adrian’s description. At times mysterious, or like an apparition in nature, her intricate compositions open up into vast worlds reminiscent of cell structures or cross sections of plants as viewed under a microscope. “Statsinger interprets nature as botany, and botany as biology," James Yood described in an Artforum review from 1990. "Sassacricket High, 1987, projects a sense of chlorophyll run amuck, an incessant fecundity that oozes and weaves its way across the canvas. The world here is simultaneously micro- and macrocosmic, with leave and tendrils evoked and catalogued both as individual living things and as anonymous specimens of their kind.”[v]

Like a spider weaving a web—art to me is something natural and instinctive—requiring a great deal of attention and concentration. Unlike a spider, painting is also a form of intellectual dialogue that occurs between our inner and outer worlds. Words cannot provide an adequate description of that dialogue. It is the painter’s job to provide that clarity. If the viewer understands, then a miracle occurs... and the work is complete. 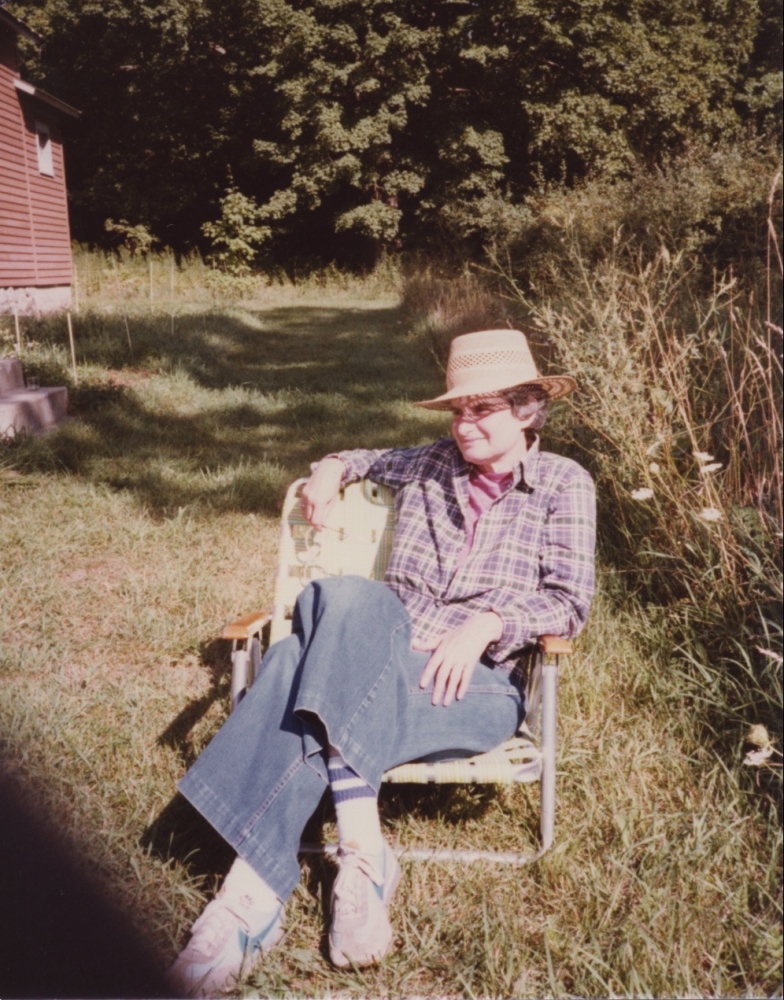 Evelyn Statsinger (1927-2016) was born in Brooklyn and started her art training early at New York’s High School of Music & Art and later at the Art Students League. In Chicago, she studied for a year at the University of Chicago and received her degree from the School of the Art Institute in 1949. Statsinger initially rose to prominence with her early drawings: endlessly detailed works on paper that caught the attention of luminaries and curators in Chicago, New York and Los Angeles.

Early exhibitions at the Art Institute of Chicago in 1952 and 1957 and the Whitney Museum of American Art in 1954 led Time Magazine to call her “an honored one among American abstractionists” while lauding her “great mastery of textural effects.” She was frequently included in discussions of the Monster Roster school of Chicago artists, as well as the later, broader conversation around Chicago Imagism. Throughout her life, however, Statsinger made work that was profoundly individual and fiercely independent. 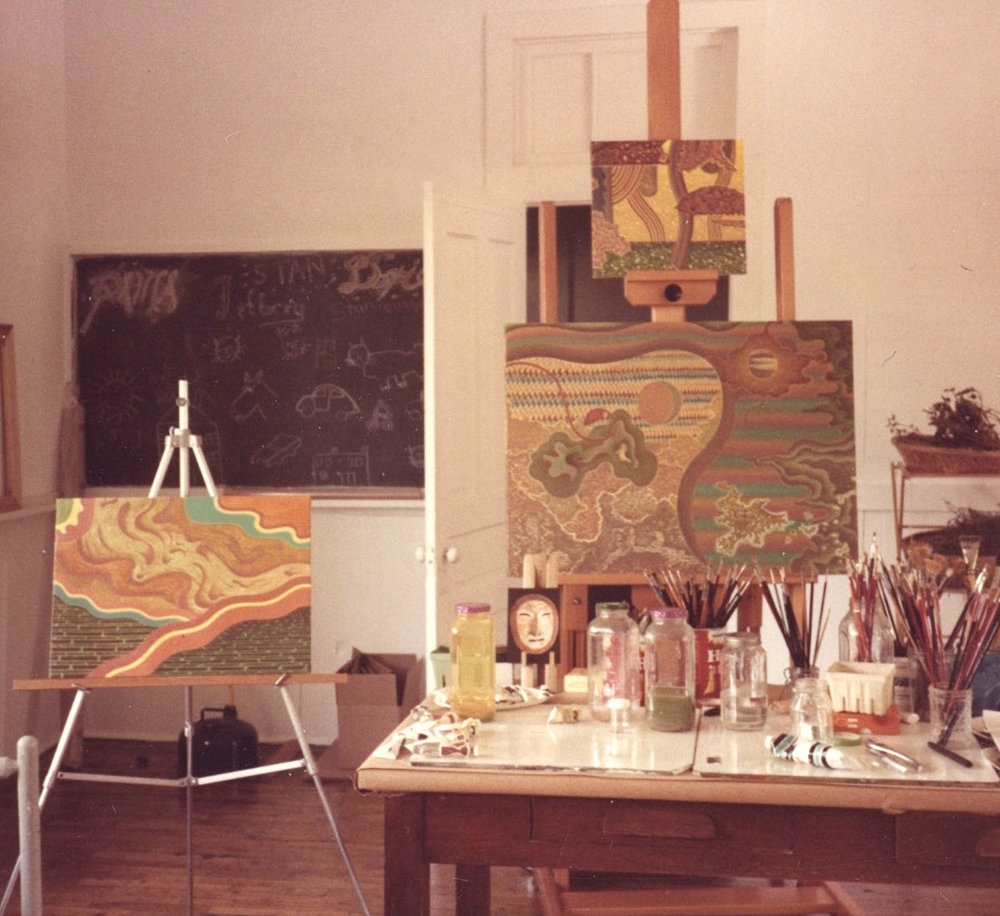