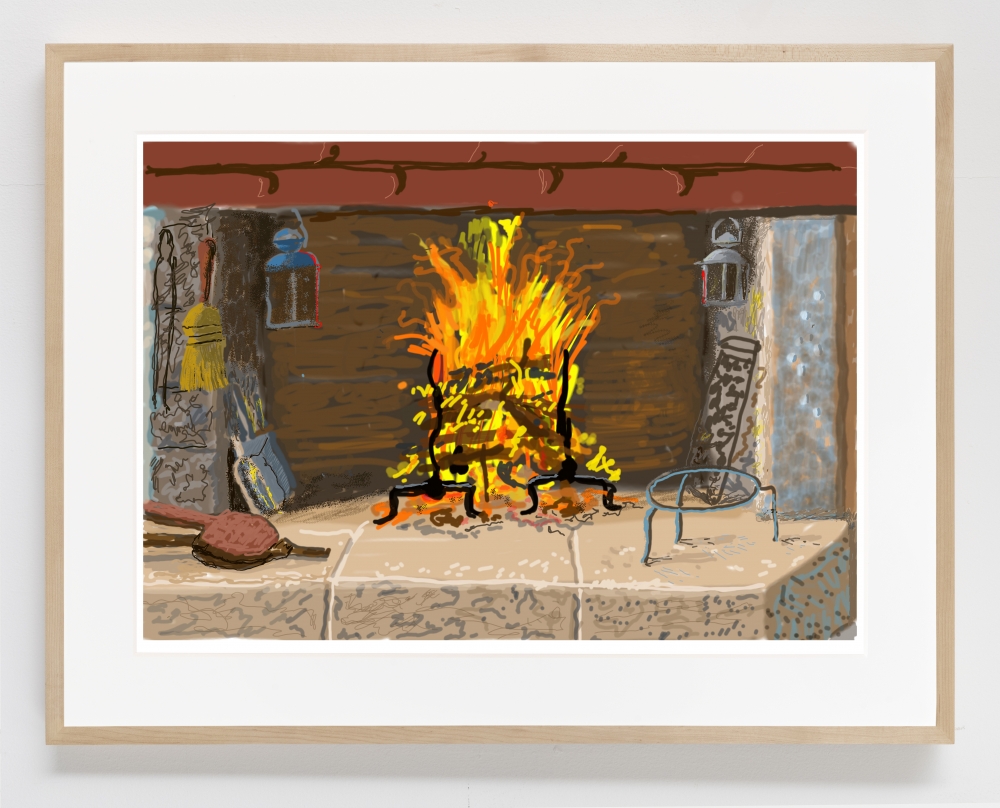 NEW YORK - Gray is pleased to present Hockney in Normandy, a solo exhibition featuring David Hockney’s recent iPad paintings and landscape prints created at his home and studio in Normandy, France. Hockney in Normandy is open by appointment for in-person or virtual viewings from February 22 through March 19, 2021 at Gray New York.

For the preeminent British artist’s eleventh solo exhibition at Gray, Hockney captures the intimate interior spaces of his Normandy home and its scenic surroundings. Highlighting his singular sense of line and longstanding commitment to exploring perspective through technology, Hockney’s iPad paintings can be traced back to his early experiments with photographic media which began in the 1980s when the artist created a body of panoramic Polaroid photocollages. His exploration of technological media continued with Xerox and fax machines, Macintosh computers, and, upon their release in the late 2000s, the iPhone and iPad. Drawing and painting on touchscreens since 2009, Hockney remains a prolific draftsman, sustaining a routine of daily drawing which often turns his gaze toward intimate views of everyday life. As Hockney notes, “On an iPad you draw a bit differently, but that’s all you do. Drawing is 50,000 years old, isn’t it? I think it comes from very deep within us actually.”

Hockney’s prints and iPad paintings from Normandy also highlight the artist’s enduring ritual of witnessing the arrival of spring, a practice he has maintained throughout his years in Los Angeles, California, and Yorkshire, England. In 2019, while familiarizing himself with the surroundings of his studio in Normandy—a seventeenth-century building with thick timber, red shingles, a reflecting pond, and plenty of blooming brush—Hockney set out with ink and concertina sketchbooks which would result in a series of works on paper depicting the idyllic countryside that surrounded him. Drawing the viewer into an amble through his gardens, Hockney in Normandy presents the suite of prints produced from those paintings on paper. Always insisting on experiencing landscape rather than simply viewing it, Hockney reminds his viewers, “We do not look at the world from a distance; we are in it, and that’s how we feel... I tend to like
the thought that I’m in the world. I don’t want just to look through keyholes.“

Hockney in Normandy will be on view at Gray New York by appointment, Monday through Friday, 11AM - 4PM, from February 22 until March 19, 2021. To explore the exhibition online, visit Gray Viewing Rooms. 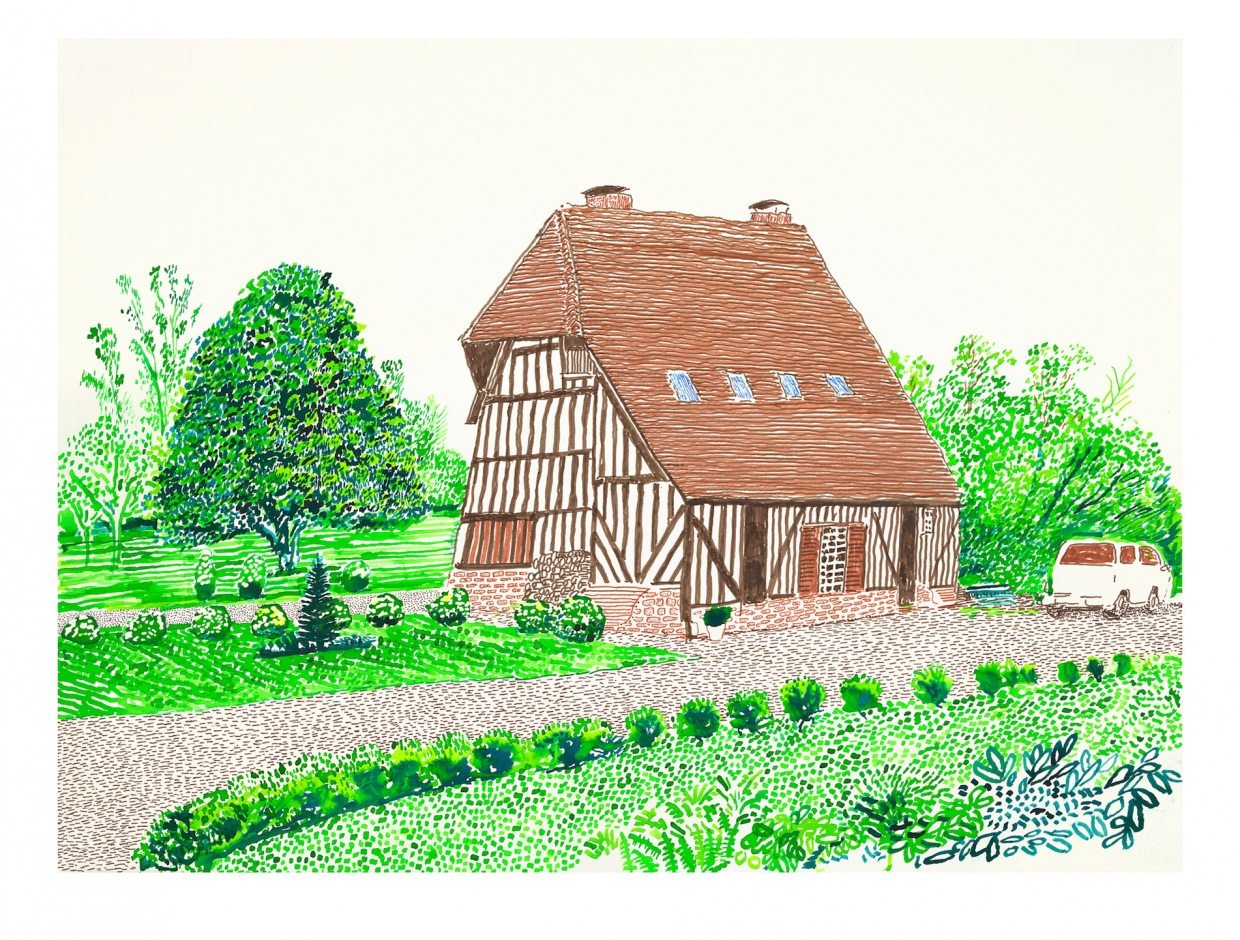